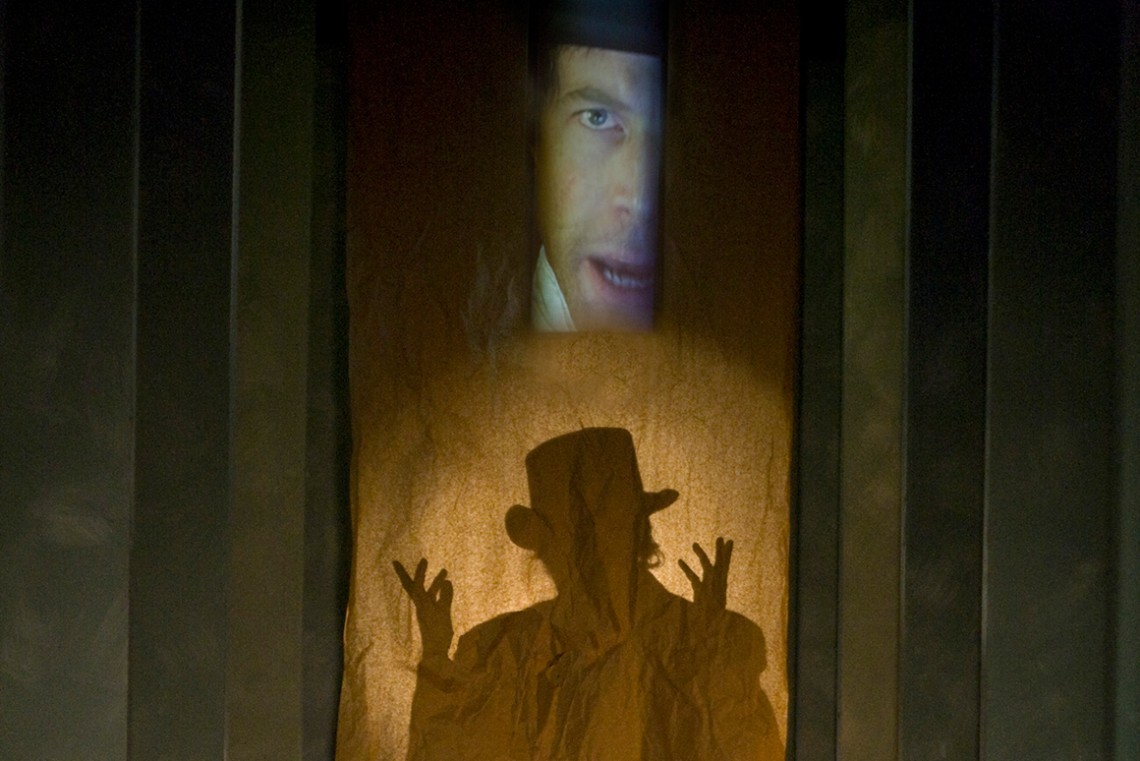 This performance installation about the unreliability of the narrative voice is performed in a long, vertiginous corridor inside an East Vancouver warehouse. A kind of companion piece to At Home with Dick and Jane, central tension is again drawn between portraits of the ‘simple life’ and the inherent distortions of obsessive self-reference. The story of Mr. and Mrs. Flannigan is told in two lines: “Mr. Flannigan is blind, Mrs. Flannigan is lame. They are old, they are happy, they have each other.“ In this concise description, we find both domestic and narrative bliss. But when a wanted felon signs on as the Flannigans’ narrator, their affairs become increasingly difficult to bring into order. The once happy couple age rapidly, become afflicted and during a wild night of debauchery at a Dadaist cabaret called The Cadaver, the Narrator loses all trace of the Flannigans and becomes subject to his own narration. The Flannigan Affair experiments with a miniature replica, extending the stage into infinite variations of itself; a sensual staging evokes the language and logic of dream.

The Flannigan Affair was popular enough with HIVE2 crowds to cause at least one fight over the flag needed to hold a place in line. Once inside, an exclusive audience of twelve partygoers experience the dizzying visual ecstasy unfold down the long, narrow corridor. At fifteen minutes in length, the show is a playfully surrealistic text about the unreliability of the narrative voice. In 2008 it was shared by a cast of six, ten times per night over the course of HIVE2 at the Magnetic North Theatre Festival – 100 performances in total.

“In terms of cast size and production values (at HIVE), THE FLANNIGAN AFFAIR is the most ambitious and polished. It’s one of the best shows and one of the hardest to get into.” 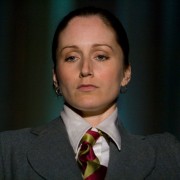 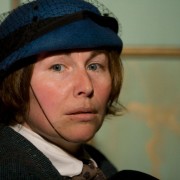 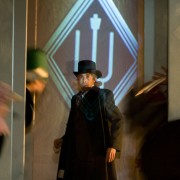 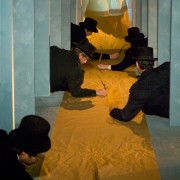 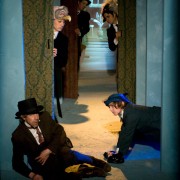 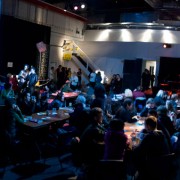 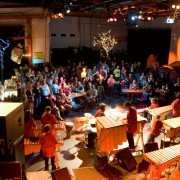 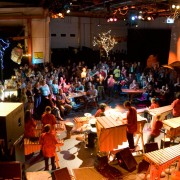 Written by
Jonathon Young and created with Kim Collier

Sets and Props by Naomi Sider

Video and Sound by David Hudgins